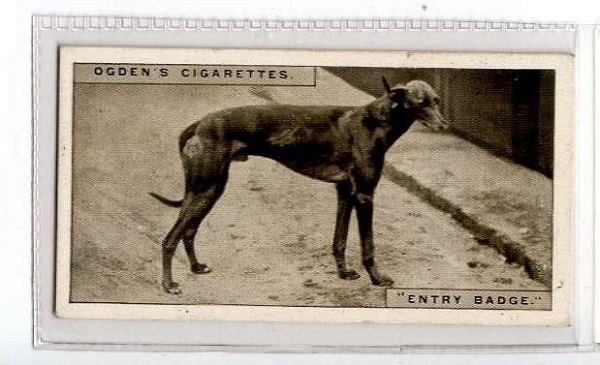 He won the very first Greyhound Derby at White City and a lot was expected from him thanks to his strong genetics. He was well known for his extremely fast starts, and he came close to Mick the Miller when it came to hogging the rail and avoiding any trouble while running. He won the aforementioned Derby in a very impressive time, but what was even more impressive was the fact that he managed to do so from trap five. This race took place in 1927, and it would be another twenty-six years before another dog won from the same trap. Entry Badge had a two-year racing career and he lost just once in 12 races. In every race that he was participating in, he was the odds-on favourite to win and he demolished his rivals by at least three lengths. Without a doubt, he was one of the finest greyhounds to grace British tracks.

Winning one derby is a great achievement for any greyhound but winning three all in the same year is a feat that is on a totally different level. Patricia’s Hope booked his place in greyhound racing history by doing this back in 1972. He won the English, Scottish, and Welsh Derbies. However, his win in the British Derby was probably more impressive due to the fact that he beat Super Rory, one of the best dogs around at the time. In 1973, he returned to race in the English Derby and he matched Mick the Miller’s record by winning it for the second time. To this very day, no other greyhound has matched this feat and Patricia’s Hope deserves to be remembered as one of the greatest British greyhounds to ever grace the sport.

Ballyregan Bob is a name that any fan of British greyhound racing has definitely read about. Between 1985 and 1986 he won a staggering 32 races in a row, one of the greatest records in the sport. He raced in 48 races during his career and only lost 6 races. He broke a number of records at tracks up and down the United Kingdom. One of the best races of his career was when he came back to be victorious in the St. Leger semi-finals. He got off to a really poor start and was a bit behind the leading pack, but he found his speed and rhythm in the second half of the race and nicked the victory on the line. He had to retire due to a series of injuries, but he was undoubtedly one of the best British greyhounds ever and is a legend of the sport. 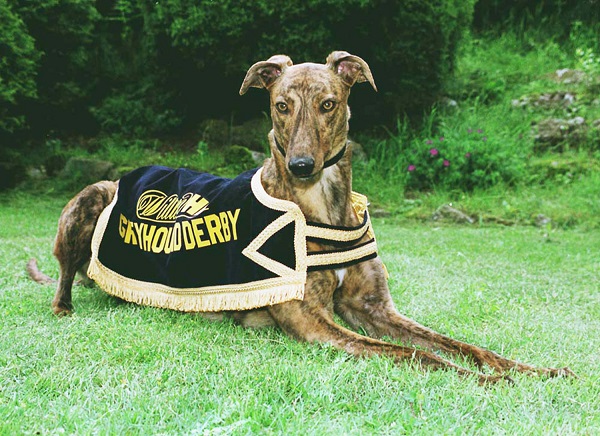 You have to be a very good greyhound to win the English Derby twice in a row, which is something that Rapid Ranger managed. He is only the third greyhound to achieve this feat, behind Mick the Miller and Patricia’s Hope. He had a slow start to his career, but as he matured, he went on to become one of the best ever. He retired, but his owners decided to bring him back to race in the 2002 Derby. He won the first-round race very easily and greyhound fans all over the country were hoping that he could go on a famous run and create his own fairytale. However, he lost a few rounds later in what was to be his final race. However, despite this, he is still a legend in the world of greyhound racing.

In the modern era of greyhound racing, Westmead Hawk has to be one of the greatest greyhounds to grace the track. He can certainly be put in the same category as Ballyregan Bob and Mick the Miller. In 2006, he won the Greyhound Derby to become only the fourth greyhound to manage to win back-to-back titles. He often started off very slowly and had a habit of coming from last to first in the second part of the race. He never got the opportunity to try and win the Greyhound Derby for the third time in a row because of injury. However, this did not put a dent on his legacy.